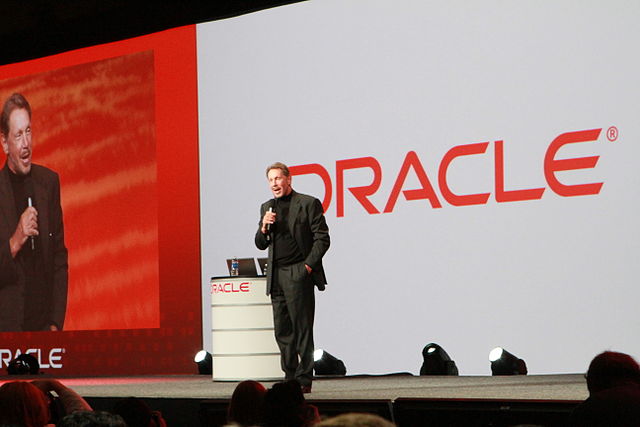 Damn it! All of the colorful bad guys of proprietary tech are aging out, leaving in their place boring button down folk with all the charm expected from accountants.

You’ve no doubt already heard that Larry Ellison stepped down this afternoon as CEO of Oracle, though he’ll be sticking around for a while in his new position as executive chairman. In other words, he’s still the boss by way of being the boss’s boss – and by dint of the fact that he remains the company’s biggest shareholder with a 25% stake in the business. Why is he quitting? Probably because he’s getting old and he can afford to retire; he turned 70 last month. Officially, according to him and the once and future king’s yes-men, it’s all part of carefully laid-out succession plans – meet-the-new-boss, the-king-is-dead and all that.

As much as I loathe Mr. Ellison, I really hate to see him go, especially that part of me that thinks I’m a writer — a FOSS writer. Who’s left for FOSS press brickbats?

You see, Larry Ellison is one of the last, maybe the last, really good and colorful bad guys left on the tech scene.

Who’s left to be the target for split infinitive armed verbal bombs from wanna be hotshot FOSS reporters? Mark Hurd and Safra Catz, Oracle’s co-presidents who’ve now been elevated to the status of co-CEOs? Meh. Not unless Hurd again decides he wants to dip his pen in the wrong inkwell and then use company money to clean up the mess — but I don’t think he’s going to do that. Not at Oracle. Ellison would break his legs if he did. Remember, even though Ellison’s gone, he’s not most sincerely gone.