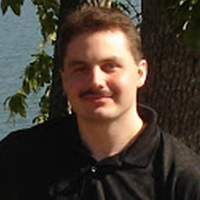 There was nothing new in what Matt Dugan said. There were no ground breaking revelations. He just methodically made his case, point by point, explaining why open source was usually, if not always, the best solution for business.

To me, this was just what the doctor ordered. I’d just sat through a forty-five minute lecture in that very same room from an open core guy that had left me fearing that enterprise open source companies were just as greedy and potentially as unethical as the proprietary guys. Dugan fixed that and quickly reaffirmed my faith in the notion that open source is where the good guys live.