FOSS: On the Road to Nowhere

Has FOSS traded its shared values for success in the marketplace? 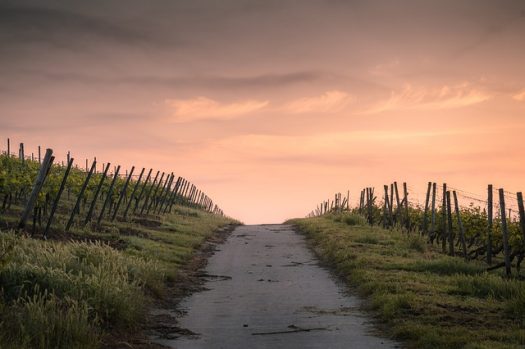 I started using free and open source software 20 years ago. In many ways, I’m delighted in how it has developed and spread. I can use KDE’s Plasma, the most advanced desktop on any platform, and it’s been 15 years since I needed to buy software for my professional work. From being an outlying oddity, FOSS has become the norm — so much so that invitations for bids often specify that the resulting software must be open source.

Oh, I’m aware that projects and foundations continue to provide leadership on a local scale. I am aware, too, of the Linux Foundation’s Open Source Leadership Summit, which helps to promote cooperative development. What is missing, though, is often the sense of everyone working towards the same goals for shared reasons.

The Way We Were

It didn’t used to be this way. In 1999, FOSS was going to change the world. Many of the early leaders of FOSS were among the first to sign The Cluetrain Manifesto and talk endlessly about how online resources were set to transform business. Free software was going to provide the infrastructure of developing nations, and ensure that online access became a basic part of freedom of speech. Back then, FOSS wasn’t just about code. It was about making a difference.

At the core of all the activities was the FSF. The FSF got everything rolling when it wrote the copyleft licenses that powered the belief that sharing could be more effective than competition. People often argued about the FSF (as Debian did over the Free Documentation License), but the FSF generally set the terms of the debate.

The Decline of the FSF

Despite the rapid growth of FOSS, this situation started to fall apart near the end of the first decade of the millennium. It fell apart largely because of several missteps by the FSF. For one thing, the FSF chose to ignore the growing importance of the cloud, preferring to condemn it rather than to adjust to its rapidly growing importance. This choice made the FSF less relevant.

Just as importantly, the departure in 2010 of Peter Brown as FSF executive director meant his efforts to ally with other activists were largely abandoned. Brown tried for several years to make the use of FOSS as ordinary an issue as recycling, and had some small successes. Yet after his departure, this new direction was not continued for reasons that remain uncertain.

However, the largest misstep was pushing ahead with the third version of the GNU General Public License when consensus was lacking. Opposition to the new version was led by Linux’s creator and lead developer, Linus Torvalds, who insisted that the second version of the GPL would remain the license for the kernel.

While both sides of this debate had valid arguments, the result was the FSF’s loss of leadership in the community. Although the FSF’s decision to consult stakeholders about the revision started as another sign of the FSF’s leadership, ironically, the resulting permanent disagreements made many projects decide they could manage without listening to the FSF.

Today, the FSF’s Richard Stallman continues to lecture widely, but in many parts of FOSS he is seen as yesterday’s figure. The FSF itself continues to do important work, such as dealing with licensing issues and encouraging open hardware with its Respect Your Freedom certification, but it’s activities are reported less often was once the case. Its conferences, like the long running LibrePlanet, attract supporters, but few from the larger world of FOSS.

The Game of Thrones

You might think that the Linux Foundation might be a natural successor to the FSF. The Linux Foundation, after all, supports Linus Torvalds and other major kernel developers, and is quick to support groups like the recently announced Chips Alliance Project, for open hardware development. However, you would be wrong.

The Linux Foundation got off to a rocky start as a newcomer presuming to speak for the whole of FOSS. Its focus is on corporations, so much so that it easily accepted the membership of Microsoft, which even today is more than many FOSS developers can stomach. Moreover, while the foundation has recognized individual FOSS contributors, in 2016 it made community representation optional. As a result of such issues, in some circles the Linux Foundation is regarded with mistrust.

Nor is the situation improved by the foundation’s response to criticisms from the community. Executive director Jim Zemlin characterizes such responses as “part and parcel of the anti-establishment sensibility that makes open source communities great. Anyone who has been around open source for a while knows that responding to every criticism could essentially become a full-time job. We do think our work stands for itself.”

I have some sympathy with Zemlin’s views, but the tendency to ignore criticism only reinforces the belief that the Foundation is indifferent to the community. Admittedly, as Zemlin told me, “Any individual can participate in any Linux Foundation project.” However, that is not the point.

The point is that FOSS’s numerous projects and foundations — many of which would make a respectable corporation — are largely ignored by the Linux Foundation. While the Linux Foundation leads corporate Linux, it lacks the credibility to represent FOSS as as a whole.

The FSF and Linux Foundation are not the only organizations that could assume the moral leadership of FOSS. The Software Freedom Conservancy practices the same ideals that existed in FOSS twenty years ago. Similarly, after years of inactivity, the Open Source Initiative (OSI) has been struggling recently to again be relevant. However, both have a long way to ago before they can speak for the majority of FOSS, assuming they would care to.

Maybe the loss of a single direction is a sign of the success of FOSS. Maybe shared ideals can only exist at a certain point in a movement’s development, and to wish otherwise is only meaningless nostalgia. Yet, despite the success of FOSS, today it has only partly transformed technology and business, and much remains to do. Unless we decide to content ourselves with what has already been done, I think that a sense of meaning — of making a difference — is more useful than seeing FOSS as nothing more than a shorter time to market.