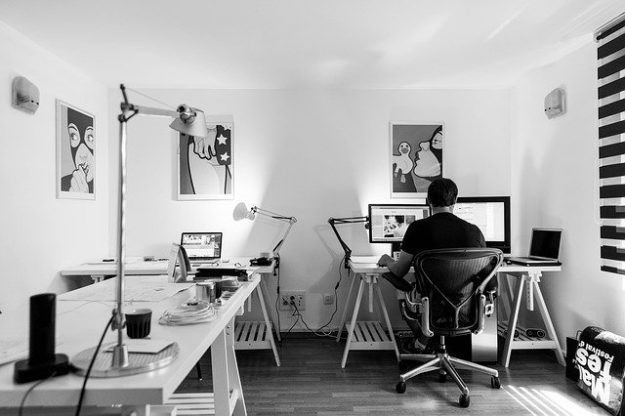 With the number of 2019 novel coronavirus cases leaping upwards every day, it’s hard to imagine what life will be like after the pandemic. Yet that time will come, although perhaps not for 15 months or more. When it does, I suspect that the rest of society will finally catch up with many of the norms of FOSS developers and advocates. Habits that freelancers have taken for granted for years will become those of business at large.

Remote work, an area where FOSS-oriented people are decades ahead of the average worker, has become widespread during this pandemic. Much like is happening now as workers are being sent home to work, FOSS developers were decentralized, seeking out common interests and joining projects they were interested in, since the early days of open source. Sure, some work does take place in person-to-person meetings, but remote cooperation remains the FOSS norm.

By contrast, despite the changes brought about by the internet, most traditional employment continues to revolve around people working face-to-face. But now that face-to-face meeting has become a health hazard, decentralized employment has become the natural alternative. If this decentralization remains the norm for over a year, will it be possible to return to traditional office environments?

No doubt, some owners and executives will try to return to tradition, but will they be able to drag the rest of us with them? As a long-time freelancer, I wouldn’t return to the 9-to-5 routine for any amount of money, and many other freelancers feel the same way. Asking anyone who has become accustomed to flexible hours to return to a 9-to-5 office job may as futile as trying to squeeze toothpast back in the tube.

There are challenges to be met first, however, if this experiment in mass remote working is to be successful.

To start with the obvious, in order for the economy to stagger along and people to do their work, everybody will have to learn to really use computers, not simply follow a handful of well-worn paths they use every day. Self-isolating successfully means learning the tools that developers and freelancers take for granted. On the most basic level, that means cloud storage and online tools, as well as the encryption required to use them securely. In addition, video conferencing and version control will become as everyday as spreadsheets. If we’re lucky, we might even see the demise of spreadsheets, a medium designed for one-directional in-person communication. Instead, more interactive tools like wikis or Slack may become more common.

With decentralization also comes a flattening of the corporate structure. Middle-management becomes much less necessary, because developers and leaders can communicate directly. Instead of communication flowing down the corporate structure, it tends to go in both directions, which creates an atmosphere of near-equality. Developers become nodes of expertise in their own domains, the details of their daily work less supervised, and only results and meeting deadlines matter. Even in full-time positions, an employee acts more as a consultant, which gives them more independence and responsibility. Under these conditions workers may not actually control the means of production — that ideal of Marxism — but they perhaps have something close.

Which brings up another point: working remotely requires self-discipline. Without a manager, remote workers have to organize themselves, something that is not always easy at home where you are accessible to children, partners, and random phone calls. Managers can only trust, and accept remote workers’ estimates of how long a project will take to finish. Traditionally, of course, managers have been reluctant to extend that trust to any except proven employees, which is why many businesses have backed away from remote work after the initial excitement about the possibility. During the pandemic, however, what alternatives to trust do managers have except to shut down altogether? Remote workers who survive the crisis will have to rely on their own resources — and executives will have to learn to resist micro-management, which when people work remotely can only result in frustration on both sides.

None of these changes seem unbearable. If anything, they seem long overdue. What they amount to is a long-needed modernization, a catching up with technology. They might even be seen as a changing of the generational guard, with the lifelong habits of the Baby Boomers retiring along with them, to be replaced with a new paradigm.

Once the crisis is over we can expect a backlash, an attempt to return to old habits based on nostalgia. Yet some of the changes in how we work will probably survive for the simple reason that efforts to shape work around life, rather than the other way around, have been implicit since the beginning of the era of personal computers and the internet.

If some of these changes do become permanent, the cost will have been high — too high, no doubt, when the sum of deaths and hardship is finally tallied.

The same was true when the need for workers in factories during World War II led to women to playing greater roles outside their homes. Unfortunately, it sometimes takes major upheavals to bring social change. At least this time, during this crisis and eventual recovery, society has the example of the FOSS community to show how a bit of a better world might be salvaged out of catastrophe.

More from OpinionMore posts in Opinion »