The latest and greatest Raspberry Pi 400 no longer looks like a hacker board for the DIY crowd, but like a full-fledged desktop. We take it through it’s paces to see if it lives up to its promise. 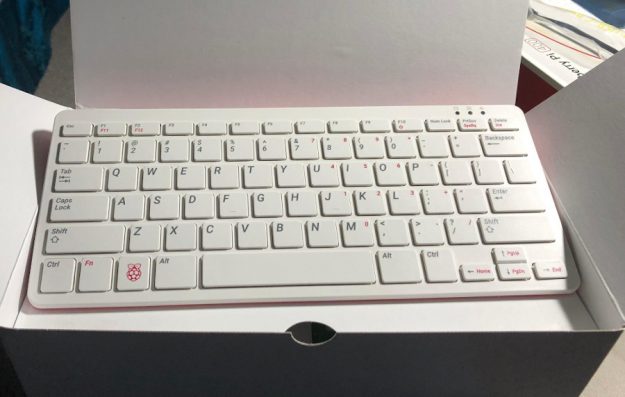 Are you looking for a great stocking stuffer this Holiday season? I recommend you consider the new Raspberry Pi 400. Mine came in the mail last week.

I got my first Raspberry Pi about seven years ago, and what a difference between that model and this one. In 2013 the Raspberry Pi had a couple of USB ports, 512 MB RAM, an Ethernet port, and no wireless. In the seven years hence, with three newer models in between, much has changed.

Over the years I have used Raspberry Pi’s for DIY projects, coding classes, and gifts to relatives and friends.

I ordered this unit from CanaKit, my favorite Raspberry Pi supplier in the U.S. It arrived in a sturdy box with a sleeve, marked to leave no doubt about what was inside. After sliding the box out of the sleeve I opened it to find the keyboard right on top. The keyboard is compact with no number pad, with a great feel to the keys.

This Pi was easy to setup and use. Gone are the days of carefully taking the Raspberry Pi board from the static wrap and placing it in the plastic enclosure properly. There was no need to remove the tiny microSD from the carrying case and place it in the Pi, as it came with the appropriate MicroSD already in the proper slot on the back of the unit. This will make it much easier to work with students when assembling units for classroom use.

All peripherals attach at the back, where there’s a 40-pin GPIO, microSD card, two micro-HDMI ports, USB-C port for power, two USB 3.0 ports, one USB 2.0 port for the mouse, and a Gigabit Ethernet port. The CPU is a Broadcom 1.8GHz 64-bit quad-core ARMv8 CPU, which is overclocked to make it even faster than the 1.5GHz processor in the Raspberry Pi 4. My unit came with 4GB RAM and a 16GB microSD card.

Eager to complete the assembly, I removed the mouse from its packaging and attached it to the keyboard. I connected the micro-HDMI and then the other end to my Sceptre 27 inch LCD monitor. I connected the inline power switch to the power cable before attaching it to the USB-C port and then connected to my power strip. The microSD card already had the software loaded, so I powered on.

Everything came to life very quickly. I got a notification that the card was being being prepared for installation, and next came the Raspberry Pi setup wizard, which is a joy to use.

The kit came with NOOBS, an easy operating system installer containing Raspberry Pi OS, already installed on the microSD card and ready to boot — with software from the August 2020 release. The Raspberry Pi foundation has continually improved the software that’s available with the OS, and includes a number of setup wizards to make setup easier, including keyboard selection, WiFi settings, etc.

One of the reasons I purchased the Raspberry Pi 400 was because I wanted to see if I could use it for video conferencing. I was able to get my Logitech webcam recognized by the operating system but I was not able to get the microphone to work. This problem was solved by installing the latest release of Raspberry Pi OS, with Linux kernel version 5.4, a version that has many important features which I love.

It comes with Chromium Browser version 84, and the inclusion of Pulse Audio for the first time solved the webcam audio woes. I was able to successfully use both Google Meet and Jitsi for video calls, but was not successful with Zoom. Access to setup was straightforward, found in the main menu under Preferences and Print Settings. Support has also been added for the Orca screen reader and display manager, which has made the Pi more accessible for those with visual impairments.

Those new to the Pi should check out “Bookshelf’ under “Help” in the main menu, where there are over 70 editions of MagPi (the official Raspberry Pi magazine); 25 books on programming on a variety of topics including Scratch, Python, and C; as well as additional books from Hackspace and Wireframe that are available for download. 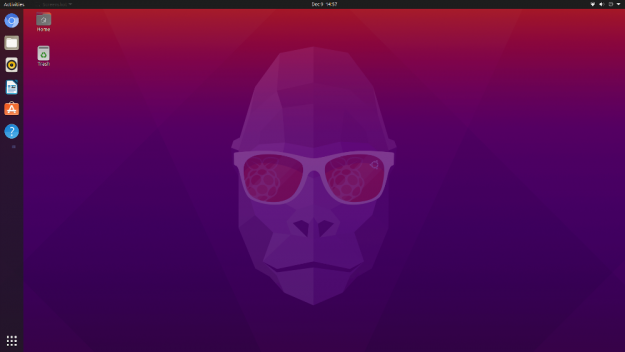 When I bought the Pi 400, I purchased an extra 32GB microSD card so I could also try the latest version of Ubuntu 20.10 on the Pi.

Downloading and creating operating system images got easier this year with the advent of Raspberry Pi’s own imaging software. I downloaded the software to my Linux laptop, created the installation disk for Ubuntu 20.10, then inserted it into the back of the Pi 400, a vast improvement compared to inserting a microSD card into the Raspberry Pi 3 and 4.

The Pi booted and in about ten minutes I was logging into a typical Ubuntu desktop, which seems to work as well as the standard Raspberry Pi image. I downloaded the Phoronix test suite, which installed easily if a bit slower than it does on my Linux desktop. I was able to get Jitsi Meet running on Ubuntu as well.

Besides the Ubuntu .deb file, there are links to the imager for MacOS and Windows too.

The Raspberry Pi 400 is a steal at $100, although I paid $135 for mine because of the added optional inline power switch and extra 32GB microSD card. This is a must on your open source, DIY, or student holiday list. Buy a few and donate them to your local library or school system.

The icing on the cake is a The Official Raspberry Pi Beginners Guide, a 245 page book to introduce you to the use of your new computer that’s included in the purchase price.

More from HardwareMore posts in Hardware »