All Things Open returns as an in-person event on Sunday. We talk with the event’s chairperson about the steps taken to keep the event safe. 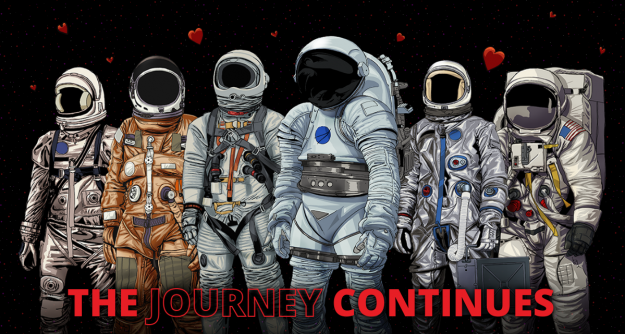 On Sunday when All Thing’s Open kicks off at the Raleigh Convention Center it will mark a return to in-person events for the open source conference. Like most in-person events, last year ATO was forced to go digital in the midst of the global COVID-19 pandemic.

To use a term that tech usually reserves for cloud deployments, this year’s All Things Open will be a hybrid event — meaning it’ll take place as an in-person event at the Raleigh Convention Center in downtown Raleigh, North Carolina, and online for folks at home. Even the presentations will be hybrid, with some being live streamed as they take place before an in-person audience, and others being prerecorded and available only online.

We asked Todd Lewis, the creator and chair of the event that in 2019 drew over 5,000 attendees, how it felt to be launching the in-person part of this years conference now that vaccinations have made that possible, despite the continuing spread of the COVID virus.

“Cautiously optimistic is a good way to describe it,” he said.

From where we sit, optimism should certainly be on the agenda. Although the need for social distancing means this year’s in-person event will be quite a bit smaller than past events (with a lower cost of admission to make up for it), it will be filled with movers and shakers from the open source community that includes people such as Dave Stokes, Oracle’s MySQL community leader; Jack Aboutboul, AlmaLinux’s community manager, Nithya Ruff, head of Comcast’s open source program office; the FreeDOS Project’s Jim Hall; Lin Sun, director of open source at Solo.io and an integral part of the Istio project, and many more.

Even the otherworldly will have a seat at this year’s All Thing’s Open table, with an appearance by Adam Steltzner, the chief engineer of NASA’s Mars 2020 Project.

Putting on a Live Event During a Pandemic

Obviously, mounting an in-person event and keeping it safe for attendees during an ongoing pandemic has caused event organizers such Lewis and his crew to have to rethink nearly every aspect of event planning. For the time being, at least, it’s no long prudent to just throw open the doors and create a crowded logjam at front-of-the-hall registration booths.

“We have a wellness check station that’s in place just outside of the Raleigh Convention Center,” Lewis told FOSS Force. “Everyone that attends has to go through that station where there will be a just a quick series of very basic questions.”

We’ve all probably been through that drill by now, probably on numerous occasions. Have you been exposed to COVID? Have you traveled outside the United States within the last couple of weeks? Attendees will then have to show that they’ve been vaccinated, or else tested negative for COVID in the preceding 72 hours, followed by a temperature check.

“That’s just super quick, literally a second,” he said. “You just hold your wrist up, your temperature is is taken, and as long as you’re at 100.3 degrees or below, you’re good to go.”

“We’ve got about six feet of space between attendees, including seated attendees, in all of our breakout rooms and our keynote ballrooms upstairs on the fourth floor,” he said. “We’ve reconfigured where the exhibit booths are and how those are laid-out, and we’ve created more space there as well, to relieve and decrease a lot of the congestion and a lot of the traffic flow so that people just aren’t quite so close.”

“We’re also going to utilize outdoor space more this year than we ever have before,” he added. “As an example, the Welcome Social on Sunday evening is all outdoors, and most of our socials will have an outdoor component to them. We also understand that no one wants to wear a mask for eight or nine straight hours, it’s just uncomfortable having something over your face for that long, so we’re going to fully utilize the outdoor patio space around the convention center so attendees can easily duck out, go on the patio, and get some fresh air.”

The later point is important. Although the majority of in-person events in the U.S. officially require the wearing of masks, FOSS Force has heard reports from concerned attendees at some events that this requirement isn’t being enforced. Lewis assured us that won’t be the case at All Things Open.

“No one wants to have to enforce something like that, but we are going to enforce it,” he said. “To me, this comes down to respect for fellow human beings, the ‘it’s not just for me, but it’s for other people’ aspect that you keep hearing about. I think masks have been proven to be helpful in reducing the risk, so we’re going to enforce their use.”

An exception will be made in dining areas, where attendees will not be required to wear masks while eating and drinking.

Those who forgot to pack a mask for the trip (is that even possible right now?), or who left it behind in their hotel room shouldn’t worry, All Things Open will have plenty of masks on hand for those who need one.

Another concession to the pandemic is the hybrid approach that is being taken for this year’s event, which means that many of the presentations will be prerecorded for online viewing, with a smaller number of events on the “live and in-person” slate.

“There are going to be fewer sessions this year than there have been in the past,” he said. “In the past, each day there’s been 20 on site tracks, this year, there’s about 10, so we’ve dropped the on-site content by a little under half.”

This doesn’t mean there’s going to be any shortage of content for those attending in person, since the 10 on site tracks means there will be 70 to 75 presentations each day. Lewis said that each day there will also be six virtual tracks, which adds 30 to 40 virtual talks every day.

“So, still a lot of variety, but not quite as much of it,” Lewis said.

All Things Open will get kicked off on Sunday October 17 at noon with an all day Inclusion and Diversity Event, which is somewhat separate from the main conference, which will get started on Monday October 18 with the welcoming keynote at 8:45 am, and run through Tuesday October 19, with the closing keynote scheduled to end at 5:15 pm.

The price to attend both days of the in-person event is $99, which includes lunch for both days. Attendance for the digital online event is free, but requires registration. Registration, including other registration options, is available on the events website.