Although All Things Open’s Meetups have returned to being in-person events focused on a local and regional audience, conference organizers this week announced a Meetup in May that will be virtual only, therefore available worldwide. 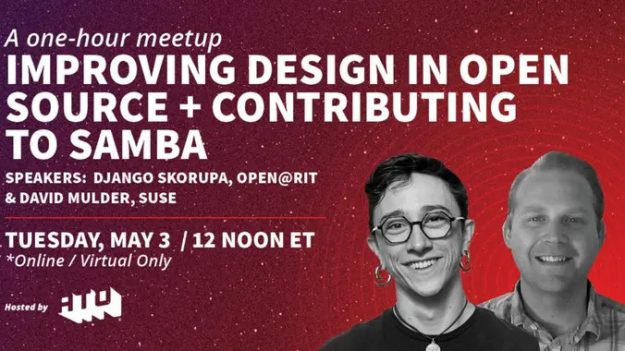 By now, I’m sure that practically everyone involved in open source knows about All Things Open, the open source conference that for the past decade has cranked up every October at the Raleigh Convention Center in downtown Raleigh, North Carolina with a focus on…well, all things open source.

Fewer people, perhaps, know about the smaller, but still large, one day free event that ATO has spawned, Open Source 101, that’s held every spring, also at the Raleigh Convention Center.

This gave rise a few year’s back to All Things Open’s “Meetups,” much smaller and less ambitious one to three hour talks by world renowned open source practitioners, that have typically been held at the Raleigh Convention Center or at the historic Carolina Theatre in nearby Durham. Unlike ATO and Open Source 101, these free talks are primarily meant to serve the local developer community in the Raleigh-Durham-Chapel Hill area of North Carolina.

Because of their local nature, these Meetups generally haven’t gotten much ink (or pixels) here at FOSS Force, because it’s doubtful that a national audience would book travel and hotels to spend a few hours at an open source presentation in the Carolinas, but that changed when the pandemic forced the Meetups online where they were available to a global audience.

This week marked a return in a big way to in-person Meetups, with ATO presenting three separate workshops in a single day on Tuesday, although only the evening workshop, an Introduction to GraphQL workshop, was officially billed as a Meetup. But that morning ATO also presented a Kubernetes Problem-Solving workshop, followed that afternoon by a workshop on GitHub Actions.

Although this seemed to signal a demise of ATO’s online Meetups, the folks at ATO evidently had noted that there’s a viable and separate audience for online Meetups, because they’re scheduling them again. So far they’ve scheduled only one, but its likely that others will follow.

The one currently on tap is an hour-long event, scheduled for noon Eastern Time, which will cover two topics: Improving Design in Open Source and Contributing to Samba.

The first will be presented by Django Skorupa, a UX Designer at Open@RIT, a research center at Rochester Institute of Technology, who said in the abstract for his talk, “I’ll discuss what designers bring to the table, how best to make use of that, and some difficulties faced as a designer striking out into the open source frontier.”

The second subject will be covered by David Mulder, a software engineer at the Germany-based Linux and Kubernetes company, SUSE, who said his talk will advise developers on how to make a first contribution to the Samba project, which is software that provides interoperability between Windows and Linux/Unix.

The event will be offered via Zoom, and attendees will be able to access the Zoom meeting beginning at 11:55 am EDT on the day of the event. Live programming will start at noon, beginning with “a few announcements and thank you’s.”

“Our goal is to wrap up by 1:00 pm ET as we know many will be working and will need to return/resume as soon as possible,” ATO said. “We’ll also give away a few prizes at this event, as we always do. These will include ATO t-shirts and hats, as well as at least one really cool piece of technology.”

The event is completely free, but registration is required. To register visit this page and select the “Attend Online” button.

Published in Events and News