Linux Mint has released the beta version of an upgrade tool that allows a one-click move from LMDE 4 to LMDE 5.

On Monday, Linux Mint announced that it has released a beta version of a new Linux Mint Debian Edition upgrade tool that can be used to upgrade LMDE 4 to LMDE 5. The tool is available through the Mint repository by running apt install mintupgrade after refreshing your cache (apt update).

The blog announcing the availability says that the tool ships with a graphical user interface, but is launched from the command line by running sudo mintupgrade. After running the software and successfully upgrading your system, remove the tool and reboot your computer by running apt remove mintupgrade followed by sudo reboot. 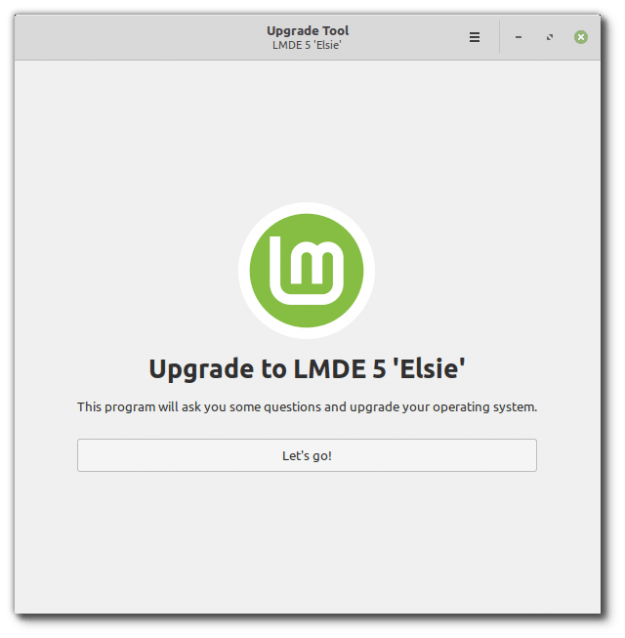 If the upgrade software is closed for any reason before the upgrade completes, the Linux Mint folks say not to worry. It can be run again, no matter how far into the upgrade it was when it was shut down. If anything goes wrong during the process, all changes can be reverted using the Timeshift feature that ships with Mint.

Mint cautions that at this time the tool is only being tested on LMDE and should not be used to upgrade from Linux Mint 20 to Linux Mint 21, because “the Linux Mint 21 package base isn’t stable yet.”

Since this is a not-ready-for-prime-time beta version, Mint is asking for users to report bugs, and to include a screenshot of the UI window and the output of the terminal in the report