On Monday, the Telecom Regulatory Authority of India shot down Free Basics, a scheme that offers free Internet access to a limited number of websites, which includes selected local news and weather sites, the BBC, Wikipedia and some health sites. The plan is backed by Facebook and six tech companies: Samsung, Ericsson, MediaTek, Opera Software, Nokia and Qualcomm. Free Basics has been available in India since February, 2015 and remains available in 35 other countries.

The ruling is seen as a victory for net neutrality.

How Much Do You Pay Your ISP? 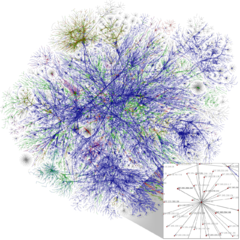 How Much Do You Pay Your ISP?

On Monday Ken Starks published an article on Internet access in his neck of the woods, which is outside the Austin city limits. That got me wondering how much most of you spend each month to have the ability to read articles on FOSS Force, watch the latest episodes of your favorite TV shows and check in with your friends on your favorite social network.

Here at FOSS Force we pay $35 monthly for a 4Mbs DSL connection with our local telephone company. Believe it or not, that serves us just fine. I suspect this is because we’re only about the third subscriber from the nearest switching station and we’re probably getting much higher speeds than advertised. All I know is that we can watch multiple movies and videos on multiple machines just fine, with no jerks or freezes. We certainly have more than enough speed for our normal work around here, which mainly consists of writing articles and posting them to the web, reading and sending email and spending way too much time avoiding work by playing on Facebook.

Thursday again already? We’ve created a monster, now haven’t we? Anyway, here we go with yet another Top 10 list.

You might’ve read the news that net neutrality rules are set to become law on November 20th. Of course, how “neutral” the net becomes depends on whether you’re connecting the old fashioned way, by a wire running into your house, or through the gee whiz magic of wireless service. The wireless providers get a break because evidently they aren’t charging enough already or something.