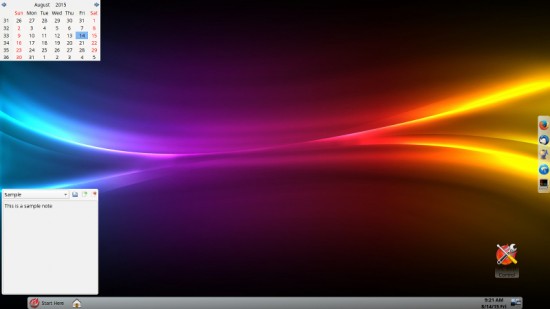 It appears the sun is rising on Lumina.

Ken Moore, the lead developer for the BSD-based Lumina Desktop Environment, announced that another step towards the release of a full-fledged desktop environment for BSD variants (and Linux distros, for that matter) has been achieved with the release of version 0.8.8 yesterday.

For those of you keeping score at home, the Lumina Desktop Environment — let’s just call it Lumina for short — is a lightweight, XDG-compliant, BSD-licensed desktop environment focusing on getting work done while minimizing system overhead. Specifically designed for PC-BSD and FreeBSD, it has also been ported to many other BSD variants and Linux distros. Lumina is based on the Qt graphical toolkit and the Fluxbox window manager, and uses a small number of X utilities for various tasks.