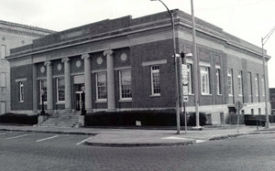 There’s been an interesting development on the patent front, which has been deceptively quiet for some time. Surprisingly, the latest news involves a case that went to trial nearly two years ago. It’s not a surprise, however, that the case was tried in the Eastern District of Texas, infamous for awarding verdicts in favor of patent holders. Also not surprising, the plaintiff is a non-practicing entity (NPE), a fancy term for “troll.”

Back in November, 2013, a jury in Marshall, Texas found that online retailer Newegg infringed on a patent held by TQP Development because it mixed the use of SSL and RC4 on its websites. The jury awarded $2.3 million, less than half of the $5.1 million that TQP’s damage expert had said would be fair. At the time, TQP had sued more than 120 companies over the same patent, collecting $45 million in settlements.