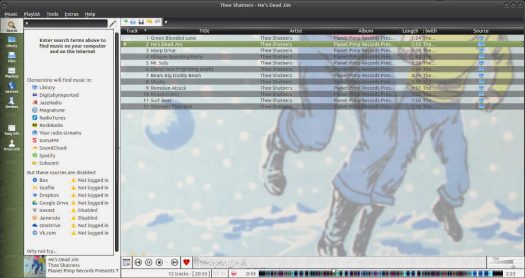 In this week’s installment, our resident Linux newb goes on the prowl with one thought in mind: To find the best-of-breed FOSS music player for GNU/Linux.

I’ve decided to take a break from swimming upstream. Sure, I enjoy the puzzles presented by limited RAM and weird popcorn sounds that happen when caging Ubuntu MATE in a rickety Sony Vaio laptop that’s more than a decade old. I love the creative solutions the FOSS Force community shares in a concerted effort to get me back in the saddle and on my way. But I think Christine Hall summed it up best when commenting on my last column via Facebook: