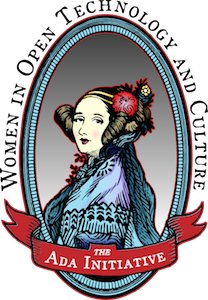 With an announcement on the Linux Weekly News site on Tuesday, the Ada Initiative will be tying up the loose ends and wrapping up their work in October.

“It is with mixed feelings that we announce that the Ada Initiative will be shutting down in approximately mid-October,” the statement said. “We are proud of what we accomplished with the support of many thousands of volunteers, sponsors, and donors, and we expect all of our programs to continue on in some form without the Ada Initiative. Thank you for your incredible work and support!”

According to the statement, after a search for a new executive director late last year, the new hire didn’t work out.

The statement explains: “That brought us to a decision point. It would have been unreasonable to expect Valerie (Aurora, a co-founder) and Mary (Gardiner, a co-founder) to continue with the Ada Initiative forever. We considered running a second ED search, but it had become clear to the board that the success of the Ada Initiative was very much a product of its two founders, and was a direct result of their experiences, skills, strengths and passions. We felt the likelihood of finding a new ED who could effectively fit into Valerie’s shoes was low. We also considered several other options for continuing the organization, including changing its programs, or becoming volunteer-only.”