Announcing the Birth of Hurd

Announcing the Birth of Hurd

After a 25 year gestation, Hurd has finally been born. It was a difficult birth and it’s now being kept in an incubator under the care of Debian.

For many years GNU’s always almost ready to be born operating system microkernel, Hurd, has been the butt of many jokes and Facebook memes, so it came as something of a surprise to read in Larry Cafiero’s Friday column that it’s now ready enough for Debian, which is offering a somewhat experimental and unstable release of Debian/GNU Hurd. An earlier attempt at a Hurd based distro, by Arch, seems to have died on the vine back in 2011, although a 2013 posting promises that development is still underway, with no news since.

For those new to FOSS, or who have been too tightly focused on the various flavors of Linux to notice, Hurd is an operating system kernel (more precisely, a microkernel) that was begun in 1990 by the folks at GNU shortly before Linus Torvalds began his grand experiment in ’91 that morphed into Linux. Intended to complete the GNU stack, Hurd is like Linux insofar that its a Unix like kernel, but different in that it has a totally modular construction.
END_OF_DOCUMENT_TOKEN_TO_BE_REPLACED
Final Numbers on LinuxFest Northwest, Riding Hurd on Debian & More… 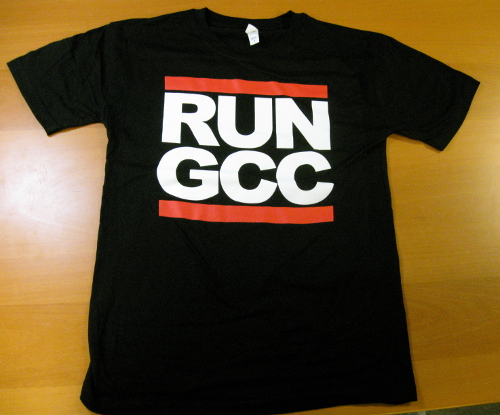 Normally, I’d race back home after a weekend event like LinuxFest Northwest in order to get back to what is commonly, maybe tragically (okay, it’s not really that bad), known as “life as usual.” But my darling daughter wanted to visit her friends in Seattle and Portland on the way home, which added two days to the trip. Getting to spend some time in those cities was a joy — the Seattle Public Library downtown is a gem, and I got to go to Powell’s in Portland for the first time this decade.

But upon returning to the redwoods, I’m so far behind it isn’t funny.

Hence, in continuing to catch up this week, this end-of-the-week wrap-up is going to be brief. You’re welcome.

LFNW by the Numbers: Last week while attending LinuxFest Northwest, the number 2,000 was bandied about as a possible attendance threshold that the 16th annual show had yet to reach — and I take partial responsibility for publicizing that number during the course of the fest on my social media feeds. Mea culpa, folks: When the final numbers were tallied, so says LFNW organizer Jakob Perry, the total number registered for LFNW was 1,850 — short of 2,000, but still a high point in the show’s history.
END_OF_DOCUMENT_TOKEN_TO_BE_REPLACED