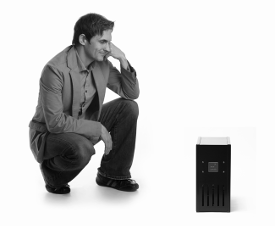 Phoenix based Symple PC, which offered refurbished “web workstations” running Ubuntu for $89, has evidently ridden off into the night of no return. Since at least August 24, the company’s website has said the product is “No Longer Availabe,” although the website remains operational. Numerous attempts to contact the company for clarification have gone unanswered.

The venture was the brainchild of Jason Spisak, whose history with Linux and FOSS goes back to being the co-founder and marketing director Lycoris, which made news in 2003 when Walmart offered the Linux distro preinstalled on $199 PCs. FOSS Force first told you about the Symple PC back in March, not long after the company’s official launch. 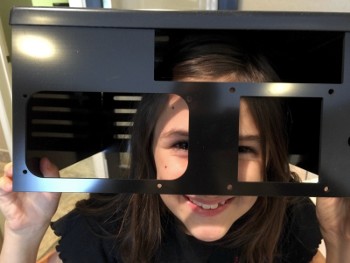 Many of you may recall that two weeks ago I was lamenting our loss at Reglue of a valuable hardware donation source. The computers donated by this firm were a bit older, but we had little to do to make them ready. We just installed our KDE Mint respin and sent them out the door. The company had been generous with money donations as well. Depending upon the year’s profits, they either matched employee donations by 100% or else donated $1,000. Losing this asset was a kick in the stomach.

Rick, who supervises the company’s four man tech support team in Austin, emailed me and said I could get an appointment to see some big shot VP in charge of corporate giving if I wanted to plead my case. I set up the appointment for that Friday.

We were torpedoed before I walked through the door.

The CIO had already released a memo to all tech support chiefs, stating that all retiring hardware should be placed on pallets for pick up by a soon-to-be-named reclamation and recycling vendor. The real kick? They’re paying big money to have their stuff picked up and parted out for profit — all in the name of “responsible recycling.” Rick quietly shared with me that the CIO was miffed because we were repurposing their donated computers with GNU/Linux. Because we were removing Windows, he thought the donated hardware was being wasted.

Kicking the Tires on an $89 Symple PC

About six weeks ago I told you about Symple PC, the new $89 PC preinstalled with Ubuntu. Now I’ve had a chance to take one for a test drive. The verdict? Just like I figured, it’s a good deal. After all, the price is nothing if not sweet, especially considering that these machines come with a one year full replacement warranty.

Before I turn into Siskel and Ebert and give this computer two thumbs up, perhaps I’d better explain a few things first. On its own terms, the machine certainly would deserve the upturned thumbs, and maybe even a gold star on your refrigerator door. That doesn’t mean, however, that it’s necessarily a drop in replacement for the latest top-of-the-line offering from HP or Lenovo — even though for many uses it could be. 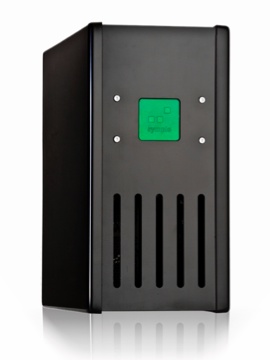 An $89 Computer With Ubuntu Preinstalled

There’s a new player in the preinstalled Linux world offering computers with Ubuntu preinstalled for $89, and although this price might suggest bottom of the line specs, the machines are more than powerful enough for most users. They’re also green — very green. They weigh in at 50% less than the average desktop, meaning they use less fossil fuel to ship, and are built in a case made of 100 percent recycled ABS plastic. They’re also shipped in packages completely made from non-virgin fiber.

Everything inside the box is also green — or as green as possible, considering that modern electronics is nothing if not a toxic stew.

They come from a company out of Phoenix called Symple PC, founded by Jason Spisak, who also was the co-founder and marketing director of the once popular Linux distro Lycoris, which made news back in 2003 when Walmart offered the distro preinstalled on $199 PCs. He’s now reinventing how we recycle still usable electronics by going far beyond the mere refurbishing of old boxes.