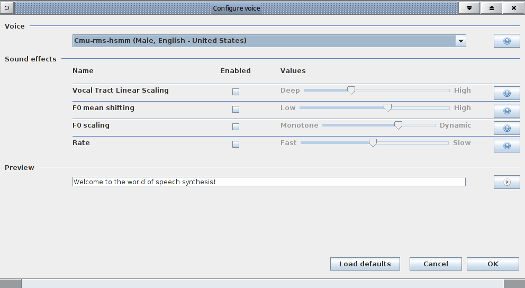 The lead developer of a new text-to-speech app based on MaryTTS talks about what’s been done and what remains to do.

It’s been a while now since we talked about creating a front end GUI to the open source text-to-speech program, MaryTTS. I have a personal stake in this, as I lost my larynx, and thus my voice, due to throat cancer.

The state of text-to-speech software in the Linuxsphere is horrible. Don’t get me wrong, the software is out there and much of it is fairly good. Where we fall down is that it requires using the command line to get much of it to work. Often TTS software in Linux comes in parts and pieces that have to be assembled in order to get it to work, and the terminal is where most of that work needs to be done. 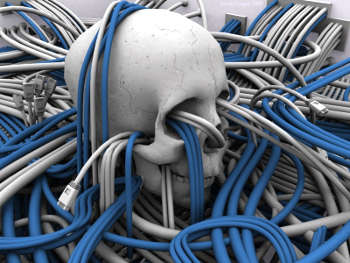 Although the numbers behind the name do not reflect it, the currently-named “SpeechLess” front end for MaryTTS is now being released as beta software. I was able to assemble a three man team to create a GUI and to my way of thinking, it has come along nicely. Although the demo is web-based, these guys have been able to construct it so the entire thing is local. That means little to no latency between hitting enter and having the text replicated to speech.

I’ve talked at length about how TTS in the Linuxsphere is less than user friendly at about every turn. Our goal is to create a front end that makes MaryTTS easy to use for everyone. We’re getting there. 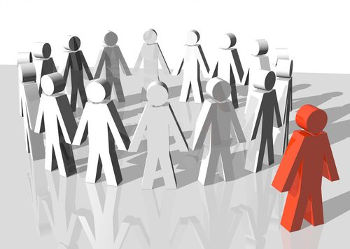 Turning Off the Mute Button

Anyone who has read FOSS Force for the last couple of months knows that I lost my voice to cancer and that I’ve become personally involved in getting a decent text to speech (TTS) application developed. Some of you have reminded me that there is a good assortment of text to speech applications for Linux, especially in the mobile market, such as Android and the iExperience. Granted, for both examples, but we are needing an application that can either come preinstalled or be easily installed on almost any Linux distribution. That leads us back to the plentiful choices within the Linuxsphere you feel the need to mention. Yes, there are a lot of them, but when it all gets boiled down, they all share one simple trait. None of them even approach usability for the everyday computer user. None. And you would think that of all these choices, one of them has to work…or provides documentation reasonable enough for everyone. You would think.

Free open source software. FOSS. The vision of one man…a vision tenacious enough to catch fire and spread around the globe. Free open source software is a staple of the enterprise for most of the world. We have one man to thank for that. Richard Stallman’s courage and foresight will be known and built upon long after we are gone. His contribution is truly his timeless, global legacy. The only sad part of the story, at least so far, is that the United States has stubbornly dug in her heels. She has chosen to pay homage to the Microsofts and the Apples in our nation. We remain as one of the only nations in the world that openly shuns FOSS in the enterprise. We not only shun it, we work directly against it in the halls of our Senate. That’s due to one simple thing. 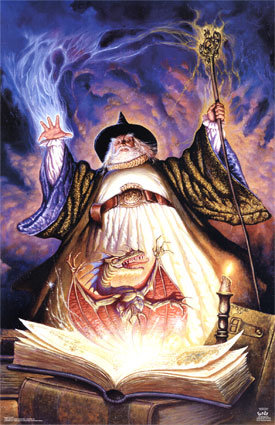 Portrait of an Everyday Computer Programmer

The majority of us in today’s work force rely on it to earn our livings. Whether we use it directly while sitting in front of a computer or by tallying a daily quota for auditors to further calculate, in one way or another, software is the key to getting our jobs done. Most people rarely give a thought about how the software they use came to be or even what it is. To most, it’s voodoo, magic conjured by wizards on mountaintops, their staffs held high, with bolts of energy breathing life into the encased boxes referred to as computers. But behind the wizard’s benefaction are real living and breathing carbon-based units: People who have the talent, and often times the personality, to make ones and zeros, along with a healthy supply of squiggly things, actually do something.

Many of us operate under the assumption that writing software demands a particular personality and skill set. We imagine people who skulk and pace between sittings, swilling Red Bull and muttering to themselves before a frenzy of creative genius leaps from the IDE. Certainly, the mad genius sometimes lurks in front of and often within the code — but mostly not. In real life, people who create software are pretty much the same as you and me: average people, but with the ability to write good and needed software.

Neil Munro is one of those people.

I met Neil while recruiting software people to help clean up the horrid mess that is text to speech (TTS) software in Linux. Actually, he approached me, and in an almost apologetic manner, offered to assist in any way he could. Humbleness is often a trait of software engineers. They severely understate their abilities and will brush off compliments of their skills as “something they picked up” along the way in their time at the terminal.

Calculating beam vectors? From where do you “pick that up?”

While several coders were considering either forking a current but under-supported TTS application or writing one from scratch, Neil went in a different direction. He decided that the actual platform should be the Chrome browser. He would build an extension that worked inside of Chrome. And yes, the platform of choice these days is quickly becoming the browser environment.

So I thought it would be a good idea to check in on him and spend some time talking about who he is, with a bit of in depth discussion about the things he is working on, to include the Chrome extension for text to speech. As a fun thing to do, I often start by asking the people I am interviewing to give me some bullet points about themselves that normally wouldn’t make it into an interview, maybe a bit of the odd or funny. Neil didn’t disappoint: 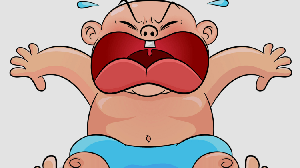 Editor’s note: Be sure to check our home page tomorrow morning for a special bonus column by Ken Starks.

Is it Tuesday already?

I don’t think most of you know just how much I enjoy talking to you every Tuesday. See…I don’t think of this as an article. This is my way of starting a conversation with my friends. There are times when I write a particular sentence, knowing that someone reading it is the only person other than me who knows what I am talking about. There’s a certain inner-warmth in being able to write like that. Whether it be to just one person or to everyone.

It’s nice to envision the faces of those I am talking to as I write. I think that drives my personal style of writing. I’ve been told that it could be worse.

Two weeks ago I signed off with a promise to get back to you on a series of articles I am writing, outlining the process of getting an easy-to-use FOSS application written in the realm of text to speech. And yeah, I most certainly am going to pick that subject up again now…just not the way I’d planned.