Yep, it looks like the end of the week is upon us once again, and with it there has been a lot of news in the FOSS realm. What you might have missed, if you weren’t paying attention, is the following:

Happy 13th, Tux Paint: There was reason to break out the candles this week — 13 of ’em — and put them on a cake before saying “Happy Birthday” to Tux Paint. Tux Paint was first released to the wider world on June 16, 2002. Now that it’s a teenager, we can see what fantastic progress the New Breed Software folks have achieved in this time.

FOSS Force — or rather, I — wrote about Tux Paint back in August of last year, and on its birthday back on Tuesday, there was a note on the site that said, and I quote, “We’ve just learned that Tux Paint (based on what will become the 0.9.23 version) has been created for Android, and is available for free in the Google Play Store!”

END_OF_DOCUMENT_TOKEN_TO_BE_REPLACED

Get Out the Vote for LinuxQuestions.org

Get Out the Vote for LinuxQuestions.org

Ken Starks — I love him like a brother, but I hate following him every Wednesday here at FOSS Force after his Tuesday column runs, because every time — week in and week out — his column is always a good one.

He knows what I’m talking about, too, because he got to experience the same kind of thing at Ohio Linux Fest when his keynote came after Jon ‘maddog’ Hall. While I wouldn’t characterize Ken’s situation there the same way he did in his keynote — like Tiny Tim following Aerosmith — I certainly can relate. If you haven’t given his latest post a read, go ahead, I’ll wait.

Here’s how we’ll do this: I’m not going to post every category, but I’ll post some of them and tell you my choice — vote with me or not, it’s entirely up to you — and then I’ll mention some of the programs new to me that I plan to try out. Conversely, you can post your own choices in the comments below. 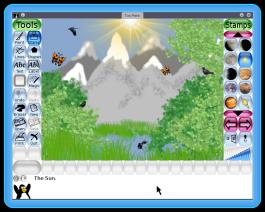 One could argue that the measure of how good software is, or what kind of effect it has on the wider world, can be based on the hard statistics of use, punctuated by glowing reviews, which add up to ongoing popularity and ubiquity. But the true impact of how software transcends mere popularity to positively change the world can be measured solely in how it affects people’s lives.

The journalist in me could give you just the specifics of the new Tux Paint release: Tux Paint 0.9.22 was released this week, thanks to the efforts of 170 contributors worldwide. This new version comes with a wide range of additions, like 14 new tools, 40 new template pictures, nearly 200 new stamps, SVG and KidPix support, an enhanced text tool, and accessibility improvements.

Of course, Tux Paint 0.9.22 also is available for multiple operating systems, including the usual suspects of Linux, MacOS, and Windows.