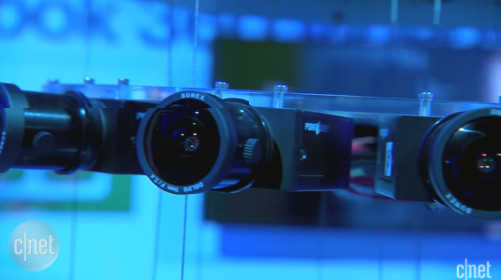 Facebook’s open sourced plans for the Facebook Surround 360 camera system isn’t destined to be a boom for DIY enthusiasts, as it’s estimated that the cost to build one will weigh in at about 30 grand.

Open source does not necessarily mean free or cheap. This week Facebook open sourced plans for an immersive 360 video camera system, Facebook Surround 360, whose component parts cost about $30,000. The plans for the camera are free, though. See the video here and the news story on TechCrunch.

END_OF_DOCUMENT_TOKEN_TO_BE_REPLACED

On Monday, the Telecom Regulatory Authority of India shot down Free Basics, a scheme that offers free Internet access to a limited number of websites, which includes selected local news and weather sites, the BBC, Wikipedia and some health sites. The plan is backed by Facebook and six tech companies: Samsung, Ericsson, MediaTek, Opera Software, Nokia and Qualcomm. Free Basics has been available in India since February, 2015 and remains available in 35 other countries.

The ruling is seen as a victory for net neutrality.

Larry’s taking a much deserved day off, so I got elected to do this Week in Review. Glad to be back in the saddle.

Here’s hoping that all in the U.S. had an enjoyable Thanksgiving and that those of you who don’t live here managed to make it through all of the online articles on our quaint little holiday. As always, one thing leads to another. In this case, giving thanks for what we have morphs into the great Christmas shopping race, in which we make a grab for stuff we don’t yet own.

Meanwhile, back at the ranch…

Google and the EU

While we in the States were dealing with family and turkey, the EU was busy working on preparing Google’s head for the platter. The European Parliament yesterday passed by a wide margin a non-binding resolution urging anti-trust regulators to break up the company. For those keeping score, the final vote was 384 yeas and 174 nays.

Yesterday also saw France and Germany seeking a review, from the European Competition Commission, of the EU’s rules to ensure that international Internet companies could be targeted in the olde world.

Google has been tangling with our friends across the pond since at least 2010 on a host of subjects, which include privacy issues, “right to be forgotten” rules, copyrights, tax questions and more. The resolution didn’t mention Google by name, but asked for the Commission to consider proposals to separate search engines from their other services.

“Why we don’t all switch to Diaspora I will never understand.”

My friend Ross made this remark on Facebook Thursday as introduction to a link to a petition by Demand Progress, a progressive political action site. The petition addresses Facebook and privacy issues, making some rather disturbing accusations. Although the text is short on siting sources, the accusations still ring true. The claim is that every time something is typed into a comment box but then not posted, Facebook keeps a record. 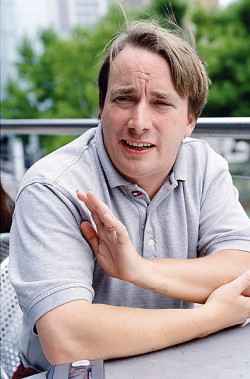 Now that companies are closing-out their books on the old year, it’s becoming evident that Linux devices were a big hit in 2013.

On Friday, CNET’s Brooke Crothers reported that Chromebooks, those nifty laptops running Google’s Chrome OS that let the cloud do the heavy lifting, accounted for 21% of all laptop sales last year. As impressive as that may be, the numbers get even better when Android tablets are added to the mix. According to market research company NPD Group, January to November saw 1.76 million Chromebooks and Android tablets sold, up from only 400,000 during all of 2012.

The OEMs, of course, are paying attention and are readying new Linux devices for the market.