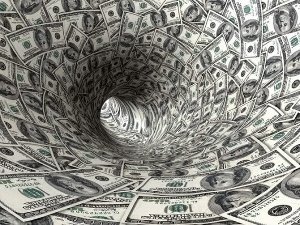 The Best of Ken Starks

We were fortunate enough to have a donated space in the expo hall at Texas Linux Fest this year. Carolyn Hulsey, who is one of our directors, manned the Reglue booth for us on Friday. She jokingly asked if I wanted her to be our “booth babe” this year. She was, indeed, all of that.

What was truly humbling was the number of people who recognized us without introduction. When someone approached, I stood and extended my hand in greeting. More often than I would have thought, the person shook my hand and told me, “I know who you are.” It was one of these people who later pursued a three day email discussion with me on free-as-in-beer software. And yeah…we all know the benefits. But what of the negatives?

His take on Linux distributions?

“Anyone paying for a Linux distribution is putting their money down the drain. What they should be doing is putting that money into the hands of a free distro developer so (s)he can make their distribution better.”

Last week we learned that in the near future, browser plugins won’t automatically work out of the box in Chrome and Firefox. Instead of running automatically whenever a website calls for a plugin function, they’ll be “click to play,” meaning the user will have to give permission for the plugin to run with each instance. According to Google and Mozilla, this new rule will apply to each and every browser plugin in existence on the entire planet, save one. Flash will still run automatically, requiring no prompt from the user. With Flash, it’ll be business as usual.

This has the look and smell of a business play all the way through, although that might not be immediately evident when reading what ad giant Google and open source Mozilla have to say. At first glance, their reasoning makes sense. Flash is just too darn ubiquitous. It’s everywhere; buried in everything. Including Flash in “click to play” would put too much of a burden on the user.

Yesterday was a great day for open source at the Moscone Center in San Francisco.

At the I/O developers’ conference, host Google finally announced they are open sourcing the VP8 video codec they acquired with their purchase of On2 Technologies back in February. Google is packaging VP8 as part of a format they’re calling WebM, which will include Ogg Vorbis for audio playback. WebM is being released royalty free under a BSD-style license.

Is Open but Proprietary iFlash Coming?

There are many reason’s to dislike Adobe’s Flash. It’s buggy, it’s a resource hog, and it’s a security risk of Microsoft proportions. But the biggest reason to dislike Flash, the engine behind everything from YouTube videos to distracting online ads, is that it’s proprietary. It’s not free, and most likely never will be.

That’s why, like many, I was happy a few weeks back when Apple announced they were all but forever banning Flash and Flash apps on their mobile devices. I was happier still when Steve Jobs thoroughly trashed the Adobe product in his Thoughts on Flash post on the Apple web site. For once it seemed as if Jobs was on the same wavelength as open source proponents. He recognized that the web needs to be based on open standards and pledged to support standards like HTML5 as Apple attempts to redefine the mobile online experience.