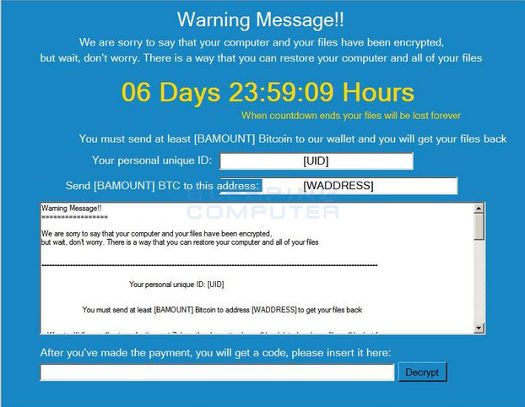 A new, under development ransomware called Popcorn Time has a “refer a friend” option meant to appeal to the victim’s worst instincts.

If you need any proof that malware is a business much like any other — with the big exception that it’s illegal — all you have to do is look at the latest ploy being used by the currently-in-development ransomware called Popcorn Time that was discovered December 7 by MalwareHunterTeam. The folks behind the malware are incorporating a scheme to drum up business that’s directly from a Marketing 101 textbook. 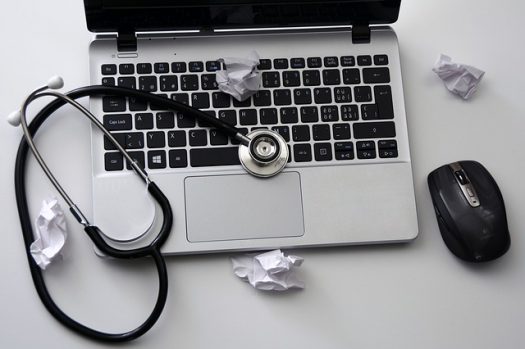 An investigative team for a Seattle television station discovered that finding malware on clean computers to be an everyday practice at Office Depot. It appears that the office supply giant, Office Depot, isn’t adverse to tarnishing its reputation if there’s a buck or two to be made in the process.

KIRO TV in Seattle reported on November 15 that it had taken brand new out-of-the-box computers that had never been connected to the Internet to Office Depot stores, both in Washington state and Portland, Oregon, and told the repair desk staff that “it’s running a little slow.” In four out of six cases they were told the computer was infected with viruses and would require an up to $180 fix.

After declining the “fix,” they took the “virus laden” machines to a Seattle security outfit, IOActive, which reexamined the machines. “We found no symptoms of malware when we operated them,” an employee with the firm, Will Longman, said. “Nor did we find any actual malware.”

Some of the biggest online advertising networks this weekend served malware laden ads to some of the Internet’s highest trafficked websites.

Some of the most visited sites on the Internet began delivering malware laden ads this weekend. The sites affected included The New York Times, the BBC, MSN, and AOL. Those who visited a site delivering the ads are not at risk unless they clicked on an infected ad. After clicking, users are taken to another website which attempts to infect them with either Cryptowall ransomware or a trojan that gives the attackers control of the infected computer. The good news for FOSS Force readers is that the malware seems to only work against Windows, so GNU/Linux users are considered safe.

END_OF_DOCUMENT_TOKEN_TO_BE_REPLACED

Wetware: The Most Important Trend in Malware

On Thursday, Christine Hall looked at the economy of cybercrime. I also took a peek at the Symantec report, and indeed, the statistics are sobering. There is one statistic, however, that Symantec has ommitted from its report. They did not report – at least not numerically – on the trend of growing wetware vulnerabilities that take advantage of users’ bad habits.

Don Parris wears a Facility Services cape by day, and transforms into LibreMan at night. He has written numerous articles about free tech, and hangs out with the Cha-Ha crowd, learning about computer security. He also enjoys making ceviche with his wife, and writing about his travels in Perú.