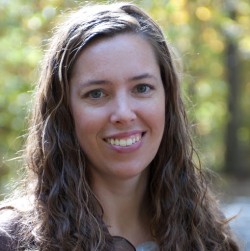 To say that things are going at breakneck speed in the FOSS world –- so much so that it’s hard to keep track of –- well, that would be a lie. However, there are a few things that popped up on the proverbial radar over the past week…

Ruth Suehle added to Ohio LinuxFest keynoter lineup: Yep, the Raspberry Pi queen and ruler of all she surveys in the realm of Red Hat’s Open Source and Standards group, Ruth has joined the list of keynoters for the October event in Columbus. Ruth participates in the Fedora Project and is co-author of “Raspberry Pi Hacks” (written with fellow Red Hatter Tom Callaway). She also leads discussions about open source principles at opensource.com, and serves as a senior editor at GeekMom.com.

Chances are that if you’ve ever been to a major Linux/FOSS conference –- or a major sci-fi/anime con –- you’ve probably heard Ruth speak. She joins Jon “maddog” Hall and fellow FOSS Force correspondent Ken Starks as OLF keynoters. Ohio LinuxFest will be held at the Greater Columbus Convention Center on October 24-25.

Linus being Linus: No shrinking violet by anyone’s standards, Linus Torvalds addressed the wider Debian community on Sunday at Debconf in Portland, and his talk had people agreeing and disagreeing, sometimes simultaneously.