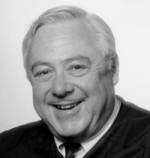 We may be paranoid but they are out to get us

In week three (or is it week four?) of the Spy vs. Spy scandal, the Obama folks keep saying things like “what’s the big deal?” while trying to convince us that the secret oversight court called FISA (we prefer “the Star Chamber”) has nothing but our constitutional rights in mind when it rubber stamps requests to secretly steal our privacy. Obama likes to talk about transparency. Indeed, he becomes more transparent by the moment; we’re beginning to see right through him. The 22nd amendment should now be seen as a face saver for Mr. Obama–as we would think no self respecting liberal or progressive would vote again for this man who once represented our best hope. Pity.

END_OF_DOCUMENT_TOKEN_TO_BE_REPLACED

There’s been a lot of back-and-forth going on now that Google has announced intentions to replace Talk, the open standards supporting instant messaging service, with proprietary Hangouts. While Talk works with the XMPP industry standard which allows cross-platform use, Hangouts will be completely closed and proprietary. In other words, if you want to talk to someone on Hangouts, that person must be using Hangouts as well.

END_OF_DOCUMENT_TOKEN_TO_BE_REPLACED

Novell is back in the news.

Not the downsized “new and improved” Novell owned by Attachmate, though they have briefly been a part of this story. We’re talking about the old, basically inept Novell–the company that once practically owned enterprise networking back in the day when Bill Gates was shortsighted enough to believe that the future of computing was in stand alone and unconnected boxes. You know, the Novell that was second cousin, by way of Raymond Noorda and the Canopy Group, to SCO. The same Novell that decided to save their proprietary business by embracing open source and buying the SUSE Linux distribution in an attempt to reposition themselves as a poor man’s IBM sans hardware.

I’d almost forgotten that SCO was still around until PJ at Groklaw reported the company was in the process of switching from Chapter 11 to Chapter 7. In bankruptcy talk that means the company’s stance has changed from we’re-going-to-come-out-of-this-alive to it’s-call-the-priest-for-last-rites-time. The trouble is, this is SCO, so you know it’s not going to be that simple. They’ll come up with some stupid request for the court that confounds logic, which they’ve done.

If I’m reading PJ right, SCO wants to both eat and have cake, which is pretty much what they’ve always wanted. This time they want to go bankrupt and leave their creditors without a dime but still stick around to continue litagation against IBM for alledgedly giving Linux all sorts of code. Here’s how PJ intreprets what SCO is telling the court:

Groklaw to Continue Without PJ

Yesterday we got some good news and bad news on the Groklaw front. First the good news: Pamela Jones has changed her mind about her plans to quit publishing new content on Groklaw and announced that the site will be continuing it’s coverage of legal issues that challenge FOSS projects. The bad news is that, for the most part, Groklaw will be going on without Ms. Jones.

The new person at the helm is Mark Webbink, a lawyer who certainly has the credentials for the job. His history with Groklaw goes back to 2003, when he allowed Jones to use a previously published article on open source software. At the time he was the first general council for Red Hat, a position he held until 2004 when he became the company’s deputy general counsel for intellectual property. He’s currently a visiting professor of law at New York Law School, where he’s the Executive Director of the Center for Patent Innovations, and is also a senior lecturing fellow at Duke University law school. Since 2007, he been a board member of Software Freedom Law Center.

Evidently, SCO Unix is no more. Now all that SCO has left is continuing dreams of taking IBM down in a lawsuit that’s all but over, unless SCO’s bankruptcy attorney Edward Cahn exhibits the good sense not to continue to pursue a case that’s already six feet under.

The buyer, UnXis Inc., is based in Nevada. However, the company’s press release on Monday announcing the purchase came out of Dubai and described the company thusly:

“UnXis, Inc is owned jointly by Stephen Norris, previous co-founder of the Carlyle Group and MerchantBridge, a leading international private equity group with diverse interests operating from offices in the United Kingdom, Iraq, Saudi Arabia, Lebanon and the United Arab Emirates. MerchantBridge has completed nine private equity transactions in the past five years, with an enterprise value of $4.5 billion.”