Larry Cafiero’s suffering through a power failure, so you’re stuck with me today.

The holiday fest is finally over for most — it should be for everyone by Monday morning — and it’s time for some normalcy to return to the world. Of course, these days what passes for normal is pretty damn weird, if you ask me, which you didn’t. News from the tech sector is pretty quiet, but should begin to pick-up as soon as managements’ hangovers clear and the suits get back to creating mayhem…

But here’s the best of the best (or the worst of the worst, depending on how you see it) from this weeks news.

Our favorite (or not so) search company on Tuesday filed a four-page public comment with the FCC, giving the august agency (or not so) yet another reason to reclassify ISPs under Title II of the Telecommunications Act. The reason would be access to telephone poles and other stuff.

It seems that Google hasn’t always been able to gain access to infrastructure such as utility poles, ducts, conduits and rights of way in its attempt to bring speed-of-light Internet access to the U.S. one city at a time. The company claims that reclassifying service providers as common carriers would open the door and give it access.

Another year has come and gone, and as you might have guessed, 2014 still wasn’t the year of the Linux desktop.

Covering FOSS and Linux isn’t nearly as exciting as it was a decade or so ago — but that’s a good thing. Back then, we were at war with nearly every proprietary software vendor on the planet and faced threats from all directions, including up and down. To be sure, we didn’t start the wars we were fighting, as PROFAL (the People’s Republic of FOSS and Linux) only wished for peaceful coexistence.

The dust settled long ago and it appears as if we won most of these wars we didn’t start. Even our old arch enemy Microsoft is now waving the flag of peace and is seeking to normalize relations with us. And our old arch-arch enemy, SCO, doesn’t even exist any more — at least not in any form that we would recognize as the SCO of old. May Caldera rest in peace.

That doesn’t mean there’s not still news to be covered in the FOSS world. There is — and plenty of it. But these days, it’s mostly about advancements in technology, new start-ups and new alliances. We still face threats, to be sure, from crackers, spooks, politicians, the RIAA and the MPAA, but these forces threaten all of computerdom, not just FOSS, so we’ve been able to nurture some new strange bedfellows to join us in our struggles.

As years go, 2014 wasn’t the most boring year in the history of the free software movement, but it also wasn’t overly exciting. Again, that’s a good thing as it means there was no battening down the hatches and stuff. Still, there were many trends in the news this year which directly affect the purveyors and users of FOSS.

FOSSForce.com
END_OF_DOCUMENT_TOKEN_TO_BE_REPLACED
Whether Online or Off: Be Nice to Each Other 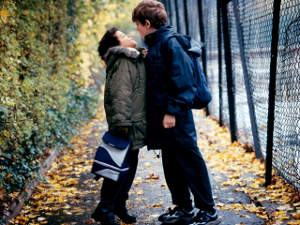 Whether Online or Off: Be Nice to Each Other

“The two most important days in your life are the day you are born and the day you find out why.”
–Mark Twain

We’ve talked about this before.

A while back I was an observer during an extremely short span of time. An instant when a choice was going to be made and that decision was going to be life-changing. I want to share that specific moment with you, as well as how that one short space in time changed one person’s life forever. We learned a social rule early on in school. Those of us who were part of a Kindergarten curriculum were taught it when we were what…five or six years old?

“Be nice to each other.”

It’s a simple thing really. Not as much of a rule as it is a tool for successful social interaction. Being a jerk or an aggressive asshat is only effective in the short-term. Continuous expression of said asshattery will eventually brand you as outside of the herd…the social herd as it were.

You can see it daily if you look for it. The jerk who isn’t invited for drinks and fun after work. The mouthy bully who ends up being the last one to go home because no one wants to help him finish up. I’ve also seen it in horrible circumstances. Nightmare circumstances where castigation from the group can be hot-metal-projectiles-ripping-into-your-body-and-rending-you-assunder deadly. I don’t want to specifically talk about it. Just look up the term “military frag” and you’ll understand.

linuxlock.blogspot.com/
END_OF_DOCUMENT_TOKEN_TO_BE_REPLACED
MPAA Wants to Use DMCA to Effectively Bring Back SOPA

MPAA Wants to Use DMCA to Effectively Bring Back SOPA

In “Nineteen Eighty-Four,” Winston Smith’s job was to rewrite the past for the Inner Party. Mainly, he made people vanish from the pages of history. Anyone who came under the party’s bad graces suddenly disappeared from all media; from all newspaper articles, books, television archives and any other mentions. In Orwell’s world, anyone declared a nonperson was completely erased. S/he never existed.

According to memos leaked from the recent hack on Sony, the big studios would like to employ a Winston Smith to remove domain name listings from ISPs DNS directories, effectively removing entire websites from the Internet for most users, as if they never existed.

The movie moguls want to do this in the name of fighting their old monster-under-the-bed, content piracy. Not surprisingly, they plan on evoking an old enemy of a free and open Internet in the process, the Digital Millennium Copyright Act (DMCA), while attempting to revive at least a part of the ghost of the Stop Online Piracy Act (SOPA), which was killed back in 2011.

The Ongoing Wars Against Free Tech

After a few months of not hearing much from Microsoft, the company has been in the news a bit recently. First there was the brouhaha when it announced it was offering the .NET framework as open source. Then there were several big security problems with Windows, with one serious vulnerability going all the way back to Windows 95.

Although this would’ve been big news in the old days, the FOSS press has been relatively quiet about all this. There were a few articles about the .NET thing, with some writers pointing out that the MIT license which Redmond is using will offer no patent protection for Redmond owned .NET related patents, and the Windows security issues got next to no FOSS coverage at all.

My how times have changed.

A decade ago the open sourcing of any major program by Microsoft would have FOSS writers in a dither, even if released under the GPL. We would’ve been uber suspicious, certain that this was only the front end of a plan to end Linux and FOSS as we know it. As for the Windows security woes, we’d be rubbing our hands with glee, writing paragraph after paragraph on how much this proves the inferiority of Windows and the superiority of our beloved Linux. In those days, we had to take our good news wherever we could find it. 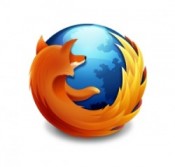 There have been rumblings for some time now about Google’s search contract with Mozilla coming to an end this year. For ten years, the search giant has been the default go-to when it comes to search on Firefox, a deal which has supplied more than 80 percent of the browser’s funding. There’s been talk that Google or Mozilla wasn’t interested in renewing the deal, either because Firefox competes directly with Google’s Chrome browser or because the folks at Mozilla are unhappy with Google’s open web policies, depending on who’s doing the talking. A week ago, in an attempt to make up for this projected loss of revenue, Mozilla began displaying advertising tiles in new tab pages on Firefox in newer versions of the browser. The first two sponsors, according to a Mozilla blog post, are CVS Health and Booking.com. Then yesterday, in another blog post, the organization announced that it’s signed a five year deal with Yahoo to make the once uber popular, still somewhat popular web portal the default for searches in Firefox.