Verizon Case Illustrates Why We Need a Linux Phone

Verizon Case Illustrates Why We Need a Linux Phone

There are plenty of reasons to be anticipating the arrival of GNU/Linux phones and tablets. Verizon Wireless has given us another.

On March 7, the FCC slapped a $1.35 million fine on Verizon in a privacy case, a move that’s being hailed as a victory by some privacy advocates. If so, it would seem to be a hollow victory. For starters, the fine is too low to be much of a deterrent against a company which last year had annual gross income of over $63 billion. But there is much more wrong with the agreement the carrier reached with the FCC than merely the price tag.

The case revolves around Verizon’s use of a supercookie — a cookie that uses a variety of techniques to make it nearly impossible to remove or disable — which the carrier began placing on its customers’ phones in 2012. The cookie gathered information that combined a person’s Internet history — whether through browsers or apps — with their unique customer information. The company ran afoul of the law because of the way it shared the information it gleaned with third parties.

Google is getting ready to migrate all Gmail users to Inbox, which should be something of a concern for those worried about privacy, but no one seems to be noticing. The current efforts seem to be directed at users of the Gmail mobile app, but it’s my guess that desktop users of Gmail will be getting be getting the same treatment soon.

Except for those using a free version of Android such as Replicant, and who install apps from free and open software sources such as F-Droid or Fossdroid, the protection of privacy on mobile devices, by design, is hopeless. Users have come to accept that most apps from Google’s store demand a whole slew of privileges whether they need them or not, and even when not being used, many apps happily go about the business of collecting and reporting everything they’re permitted to find out about us.

FOSSForce.com
END_OF_DOCUMENT_TOKEN_TO_BE_REPLACED
Nowhere to Run or Hide in the Technology Age 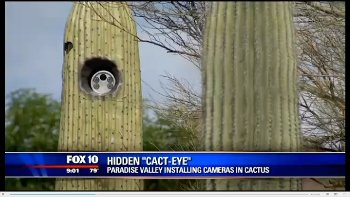 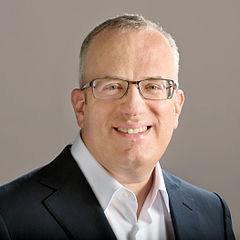 Is Microsoft reading your Hotmail?

Last week we learned of the arrest of Alex Kibkalo, a Microsoft employee who’s charged with leaking an unreleased version of Windows 8 to a French blogger. According to Wired, during the course of an internal investigation in Redmond, an unidentified source approached Steven Sinofsky, who was then president of Microsoft’s Windows Division.

“The source gave Sinofsky a Hotmail address that belonged to the French blogger (also not named) and said that the blogger was the person who had received the leaked software. Microsoft had already been interested in the blogger, but apparently, after the tip-off, the company’s security team did something that raised alarm bells with privacy advocates. Instead of taking their evidence to law enforcement, they decided to search through the blogger’s private messages themselves. Four days after Sinofsky’s tip-off, Microsoft lawyers ‘approved content pulls of the blogger’s Hotmail account,’ the court filings state.

“By trolling through the Hotmail email messages and MSN Messenger instant message logs, Microsoft learnt how Kibkalo and the blogger pulled off the leak, says Federal Bureau of Investigation special agent Armando Ramirez III, in an affidavit filed in connection with the case. Microsoft handed over the results of its investigation to the FBI in 2013, and Kibkalo was arrested on Wednesday.”

This, of course, created quite a stir among privacy advocates. So much so that the folks in Redmond on Thrusday announced a change of policy when it comes to riffling through people’s Hotmail accounts. They’re still going to do it, but in the future the company will publish stats regarding its breaking into people’s free Hotmail accounts. In other words, we’ll know just how much they do it.

END_OF_DOCUMENT_TOKEN_TO_BE_REPLACED

Java is the target for half of all exploits

That is wrong. The only time Java is safe is when it’s in a cup. According to an article published on IT World, researchers say that Java is now responsible for fully half of the exploits discovered in December.