Why Dell Should Offer Linux Across Product Line

Why Dell Should Offer Linux Across Product Line 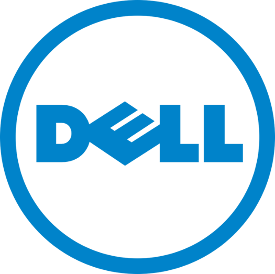 Dell has been quite successful recently selling a line of computers preinstalled with GNU/Linux. So much so that the company posted a blog on March 10 extolling the fact that Precision 5510, 3510, 7510 and 7710 mobile workstations are all available worldwide with Ubuntu preinstalled. What’s more, the company doesn’t hide Linux availability in the fine print or make potential customers find a special page to order from, which had once been its practice. Just go to the page for Precision laptops, find the one you want and tic the Ubuntu Linux option in the Operating System box in the Build My Dell section. Here’s the big surprise, especially for those of you trying to stay on top of the Microsoft tax: Choosing Ubuntu over Windows comes with a $101.50 reduction in price. That’s quite a discount — much, much more than I remember back in 2007 when Dell made its first foray into offering Linux.

Dell isn’t targeting the everyday consumer with these offerings, but has its sights set on the developer set, which is fair enough given that many Linux users ply their trade in IT. Indeed, as Agam Shah pointed out Friday on CIO, the company sees its Linux line as an opening “for the open-source community to develop tools, drivers and software for laptops, tablets and other emerging form factors.” It’s almost Christmas, which means that the day isn’t far off when ol’ Father Time rolls the odometer over yet again. This, of course, is the time of year when news writers like to publish lists, partly because they’re easier to write than real news stories. It’s not that we’re lazy, mind you, we’re just too busy shopping and decorating and drinking egg nog…especially drinking egg nog. We love drinking egg nog. 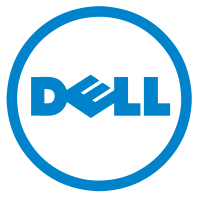 I honestly wish this news was better: Please allow a moment of silence for what seems to be the passing of Firefox OS. As a ZTE Open owner and a one-time regular user of that phone (until I needed something more dependable), this hits a sentimental note with me, since I was truly hoping that Mozilla would get the OS for the phone up to speed so it wouldn’t — oh, just to give a personal example — abandon users while performing important, job-dependent communications, for example.

And now, for the wrap:

Dell Fixing UEFI for Linux? Linux users may be able to update their UEFI firmware on devices, if Dell has their way. The computer manufacturing giant is looking at making things easier for Linux users, and Richard Hughes writes on his GNOME blog that this capability might be available as early as Fedora 24. “With Dell on board, I’m hoping it will give some of the other vendors enough confidence in the LVFS to talk about distributing their own firmware in public,” Hughes writes, and we have our fingers crossed here.

END_OF_DOCUMENT_TOKEN_TO_BE_REPLACED

Dell, Comcast, Intel & Who Knows Who Else Are Out to Get You

You might be excused for thinking that every tech company is out to get you, especially if you still use Windows, which we like to think of as “yesterday’s operating system.”

News came out on Tuesday that since August Dell computers have been coming out-of-the-box with a root certificate preinstalled that is an “unintended security vulnerability.” The source of the quote, by the way, is Dell itself. 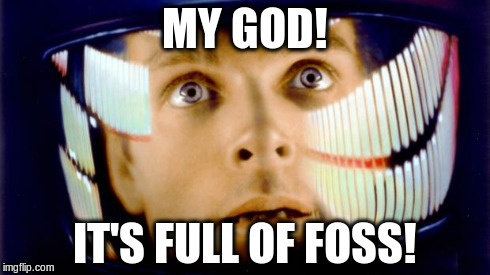 Death and taxes: I avoided the first and completed the second. Metric tons of thanks to Christine Hall for standing in for me while I was recovering from what seemed for awhile there to be a terminal case of the flu as well as an appointment to do paperwork for our friendly Internal Revenue Service. The best news of the week, of course, is that we’re everywhere. Steven J. Vaughan-Nichols wrote a story in ZDNet yesterday reporting on the results of the ninth annual Future of Open Source Survey. There’s an upside and a downside, as Steven reports: Enterprise is adopting open source like crazy, but they’re not managing it worth a darn.

END_OF_DOCUMENT_TOKEN_TO_BE_REPLACED
SCALE Prep Continues; Will Dell Get It Right? 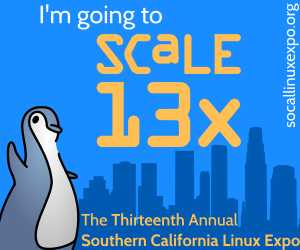